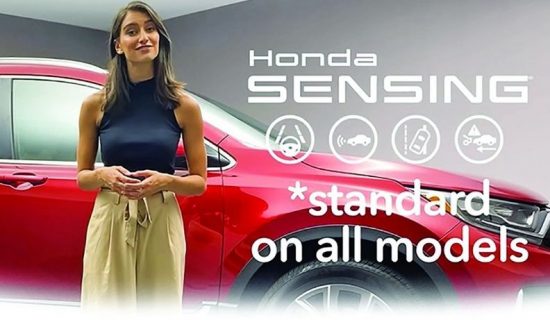 Open a video, wait for the pre-roll ad, hit “skip” a few seconds into the ad if allowed, then watch the desired content.

That creates a tough proposition for advertisers, which have just seconds to get consumers’ attention as they jump from video to video.

But Paragon Honda in New York City found a way to keep viewer interest in a pre-roll campaign for the CR-V crossover by going in the opposite direction. Instead of focusing on a quick-hit video that tries to leave a lasting impression in the first few seconds, Paragon Honda and Google made a bet that consumers would stick around if presented with a longer production that was rich with vehicle features.

That theory seemed questionable at first to Brian Benstock, a partner and general manager of Paragon Honda.

In what Benstock called the age of “give it to me now, give it to me quick,” he thought it would be counterintuitive to push lengthy videos that people could brush off after a few seconds. Automakers have a hard enough time trying to hype their products in 30-second TV spots, he said, so expecting consumers to engage much longer than that would be a tall task.

It turned out that consumers are more open to deeper videos than Benstock expected. Paragon Honda’s ad agency, Tier10, developed a four-minute, 13-second spot with a product specialist giving viewers a rundown of various options on the CR-V.

The Unskippable team thought the campaign would be a success if most people tuned in for at least a minute. Paragon’s pre-roll spot, which ran for a month beginning in October, blew past that mark with an average viewing time of 78 seconds.

“If you’re making it valuable to the consumer, they’ll stay,” Benstock said.

It also monitored consumer engagement on three 15-second Paragon videos for the CR-V — one focused on safety features, another centered on offerings such as the touch screen and a more traditional Tier 3 spot showing running footage — to gauge the lengthier ad’s effectiveness.

The data showed that the longer video drove three times more website traffic vs. the short-form ads, while viewers were more likely to search for “Honda” on Google after seeing the more extensive ad. There also was an uptick in “Paragon Honda” searches on Google during the campaign.

“It’s just quick enough cuts that you absorb all of it and you retain it,” said Scott Rodgers, co-founder of Tier10. “It goes fast. Honestly, like you’re running downhill from second two and three on, so by the time you’re done with it, you’re like, ‘Oh, my God, it’s been four minutes.’ ”

And the ad seems to have worked where it really matters: sales. The store sold around 200 CR-Vs during the month of the campaign, up from the usual 150.

Tier10 said the long-form ad was optimized for mobile viewing and was shot on a smartphone.

The effectiveness of the longer ad defied conventional wisdom at a time when marketers have been trying to figure out how to tell stories in a condensed fashion.

That’s why the results from the much longer ad were so surprising.

“Four minutes and 13 seconds,” he said. “It’s everything that they said wouldn’t work, and it worked.”